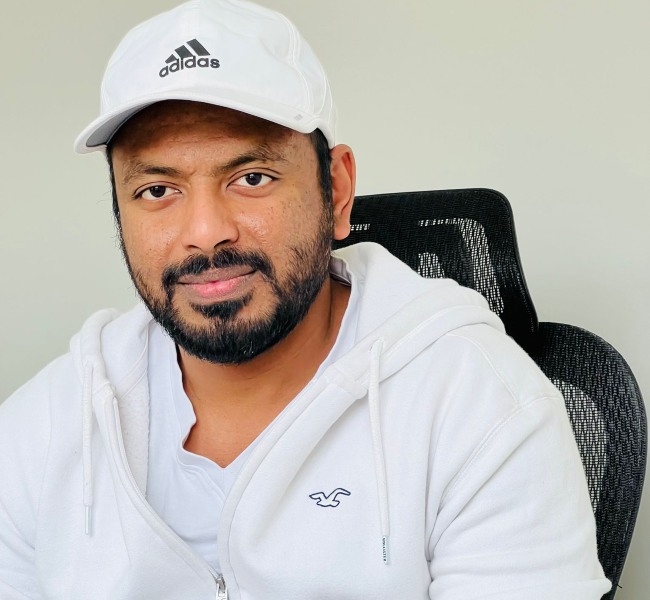 Started in December 2019 by US-based Sandeep Chodapaneedi, Cinema Stock Exchange is an online platform where cinephiles can become investors and share in the profits of a movie.

Director SS Rajamouli’s Baahubali: The Beginning hit theatres worldwide on July 10, 2015. The movie instantaneously became a blockbuster. Ahead of the release itself, a group of Telugu students in the United States had pooled in thousands of dollars and bought the distribution rights just so that they could be a part of the movie. That is when Sandeep Chodapaneedi, an NRI originally from Hyderabad, realised how much fans would be interested in being part of a movie and also benefit from it. 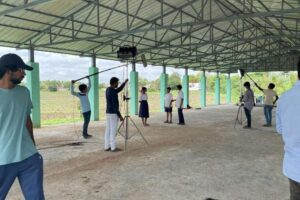 Drawing inspiration from this, he came up with an entrepreneurial idea to connect audiences as investors with passionate filmmakers in a transparent manner. Thus was established in December 2019 Cinema Stock Exchange, an online platform where cinephiles can become investors and share in the profits of a movie.

“Telugu people are crazy about movies and many fans would do anything for their favourite actors. But there are no simple avenues for them to invest, so I wanted to create a platform where they can invest and also benefit from it,” Sandeep tells TNM. He explains that on Cinema Stock Exchange, investors can buy Pixels, whose value depends on the budget of the movie. A Pixel equals one share in a movie project, which can be bought and traded with other investors.

Cinema Stock Exchange recently pooled in about Rs 85 lakh for a Telugu indie movie titled Gandhi Thatha Chettu, led by a majority women crew. Directed by Padmavathi Malladi, the movie has completed almost 70% of the shoot. Padmavathi, who has also written the story, is previously known for her writings in Manamantha, Mahanati, Radhe Shyam, among other movies. 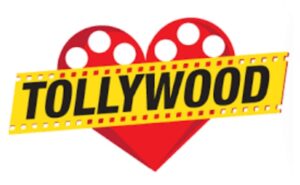 Speaking to #KhabarLive, Padmavathi says, “Crowdfunding is one of the best options for indie films, particularly Telugu. We don’t have many producers in Tollywood who encourage such films. The trend and scale of pan-Indian films is only increasing. For hit indie films like C/O Kancharapalem and Cinema Bandi, producers had to come all the way from the US and Mumbai respectively.”

She adds that crowdfunding also has its own risks. “Since this is not a proven concept, we cannot pull in large funds. If the expenses towards the movie increase, we have to take it from our own pockets. However, in this case, we don’t have any producers’ baggage, there is more creative freedom.” The team is planning to release Gandhi Thatha Chettu on an OTT platform.

One of the investors in the film is Vishali Davuluri, who works as an IT lead in the US and is a member of AAFTA (American Arts Film and Television Academy). She came to know about Cinema Stock Exchange through a trusted group. “As a regular movie-goer, it’s hard for me to invest in a movie as there is no particular way to do it. Cinema Stock Exchange made it easier for me. I love films and would like to invest in good content. I liked that Gandhi Thatha Chettu revolves around environmental issues, so I invested in it and bought 40 pixels.” For this movie, each pixel was equated to around $50.

Producers also think that crowdfunding helps them know the pulse of the audience even before the project takes off. Noted producer Harry Nath, who owns a production house in New York, says, “Basically, we want to understand the pulse of the audience at the very start. If crowdfunding is happening then it’s understood that people are interested, that it has potential. Second factor is obviously to raise money. Collaborating with the audience is better than collaborating with other production companies.” Harry Nath is producing a psychological thriller, The Greeshma Window, which is currently up for investment on Cinema Stock Exchange.

The projects usually remain on the site for 60-90 days for investments. If the budget goal is not reached, then the money is returned to the respective investors, the team says.

Explaining further Sandeep says, “We follow an all or nothing policy. The project goes on the floors only if it reaches the budget goal. After the release, the profits are shared among the investors and filmmakers.” He adds that though there are about 10 projects on hand, they are releasing them on the platform one by one. Cinema Stock Exchange takes about 3% of the total budget from the filmmaker once the budget is pooled in.

Sandeep also believes that the idea of Cinema Stock Exchange is beyond crowdfunding as it allows both the investors and filmmakers to draw profits. #filmshyd #hydnews