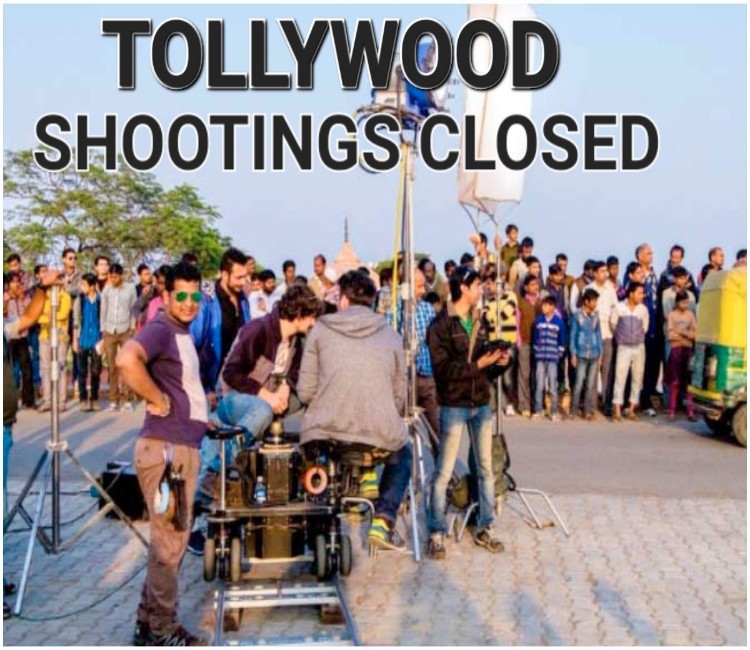 The trouble started in a dissatisfaction over producers decision-making body and one other section of producers are opposing the decision  in spat of consequences, Producers Guild decided to stop shootings from August 1, 2022 onwards. This row given a blow to trouble which is brewing in entire Tollywood.

Tollywood producers appear to be divided over the decision of one section of moviemakers to halt shootings from August 1.

While the Active Telugu Producers Guild (ATPG) has announced they will be voluntarily withholding film shoots starting August 1, the Producers’ Council has clarified that no decision has been taken yet to stop shootings.

The ATPG took the decision after a meeting with producers, exhibitors, distributors and studio owners, announcing that they would be withholding all shoots until they can sit down and discuss ways to find solutions to their problems.

The producers’ body mentioned revenue and costs as their concerns. “Post-pandemic with the changing revenue situations and increasing costs, it is becoming important for producers to discuss all the issues we are facing as a community of filmmakers,” the ATPG said.

However, Producers’ Council President C. Kalyan said no decision has been taken on stopping the film shootings. Producers’ Council, which claims to be the representative of the overwhelming majority of producers, is the producers’ wing of the Film Chamber of Commerce.

“If producers in the Guild want, they can stop film shoots. Our small and new producers run the film industry. They will continue the shoots,” he said.

Kalyan also stated that the film industry has different organisations and every organisation is free to make its own decision.

Film Chamber has also constituted a committee headed by Kalyan to look into various issues.

The committee met on Wednesday to discuss cinema ticket rates, production costs, new movies on OTT and other issues.

Dil Raju, Kalyan, Sunil Narang, Supriya, and Y.V.S. Chowdary were among the producers who attended the meeting.

If film shoots are stopped by leading producers, the upcoming films of actors like Mahesh Babu, Prabhas and Junior NTR may face delays.

Industry analysts say this could deal another blow to Tollywood, which recently started recovering from setbacks caused by Covid-19 pandemic.

Post pandemic, Tollywood has seen few hits like “Pushpa: The Rise” and “RRR” but producers are wary of the changing revenue model.

There is a feeling among many producers that the increase of remuneration by leading stars post pandemic has affected the return on investment.

Theatrical revenues of a large number of movies fell to an abysmal low of 20 per cent. This has already dealt a blow to the industry.

Various sections of the industry are worried over the reduced four-week window between the theatrical and OTT releases. The release of the latest movies on OTT in four weeks is posing a big challenge to the industry.

According to T. S. Ram Prasad, the President, Exhibitors’ sector, Film Chamber, that theaters and distributors are also suffering losses due to OTT releases.

He said big-budget films should not be released on OTT before eight weeks after their theatrical release. Similarly, he wants the OTT release of small and medium budget films to be allowed after four weeks. #filmshyd #hydnews