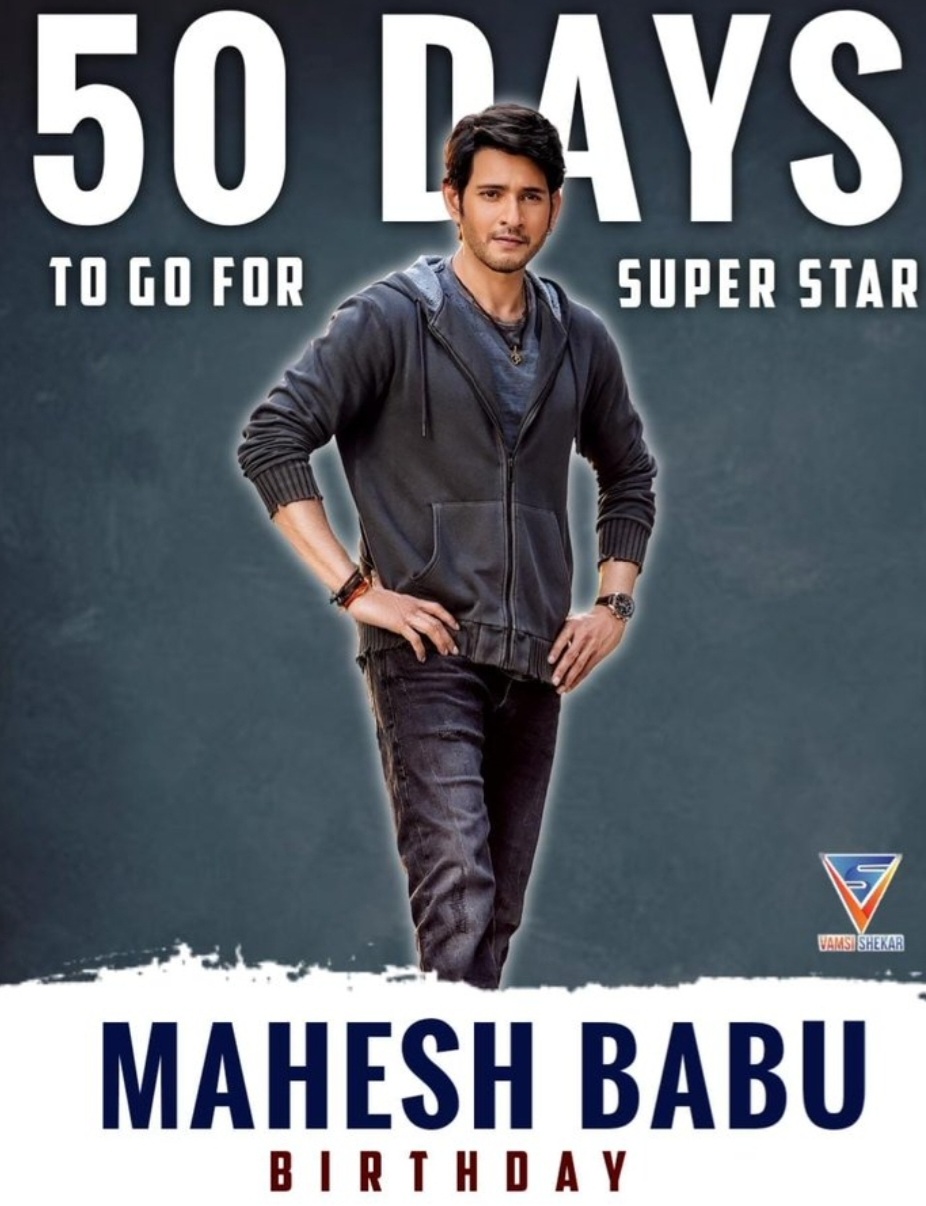 Mahesh Babu again in trending list of twitter hashtags and this time its his huge fan following wishing him loads of love for his birthday ahead in August. This seems to be the crazy trend in Showbiz.

Mahesh Babu will turn 47 on August 9, and fans are leaving no stone unturned to make it a grand occasion. 50 days ahead of ‘Sarkaru Vaari Paata’ actor’s birthday, fans have taken social media by storm by wishing him a happy birthday. Twitter is already abuzz with trends related to Mahesh Babu’s birthday. The social media platform is filled with wishes and photos for the actor as #50DaysToReigningSSMBBday trends on number 1.

Meanwhile, Mahesh Babu’s ‘Sarkaru Vaari Paata’ has been one of the biggest commercial hits since the epidemic, as well as one of his most successful films. The actor will soon join the shoot of his upcoming film tentatively titled ‘SSMB 28’. The much-anticipated film is directed by Trivikram Srinivas, and the project’s announcement has already set high expectations among the moviegoers. The upcoming film is produced by S Radha Krishna under the banner of Haarika & Hassine Creations.

Pooja Hegde and Samyuktha Menon will be seen playing female leads in the film. This is for the second time Mahesh Babu and Pooja Hegde are teaming up for a film after ‘Maharshi’. The film will also mark the second time association between Mahesh and Trivikram. The regular shoot for ‘SSMB28’ is expected to begin in August. S Thaman has been roped in to compose the music for this flick.

After sizzling in a brand new avatar as Mahesh in Parasuram’s Sarkaru Vaari Paata, Superstar Mahesh Babu is now preparing for his next film with none other than the notable director of Tollywood, Trivikram Srinivas.

Tentatively titled #SSMB28, the movie is a production venture of Trivikram’s Haarika & Hassine Creations, produced by D Chinna Babu. The movie is said to go on floors in August.

Pooja Hegde, a staple choice of Trivikram Srinivas is cast opposite Mahesh Babu for the film, which is touted as an action entertainer with romance and comedy on point. Mahesh’s wife Namrata Sirodhkar took part in the puja ceremony, as part of a customary sentiment for Mahesh Babu.

While everything is falling in place for the beginning of the film’s shoot, we get to hear from Tollywood insiders that the script work of the film is not completed and apparently, Mahesh Babu is upset with Trivikram for the same reason.

The movie is supposed to be shot before Mahesh Babu could join the sets of SS Rajamouli’s film. The filming of #SSMB28 is supposed to wind up by the end of the year and the script work is not satisfying as of now. The movie was originally slated for a Sankranthi 2023 release. The schedule of the planned films have changed now and the movie might release in summer 2023, owing to the delay. #filmsh6d #hydnews