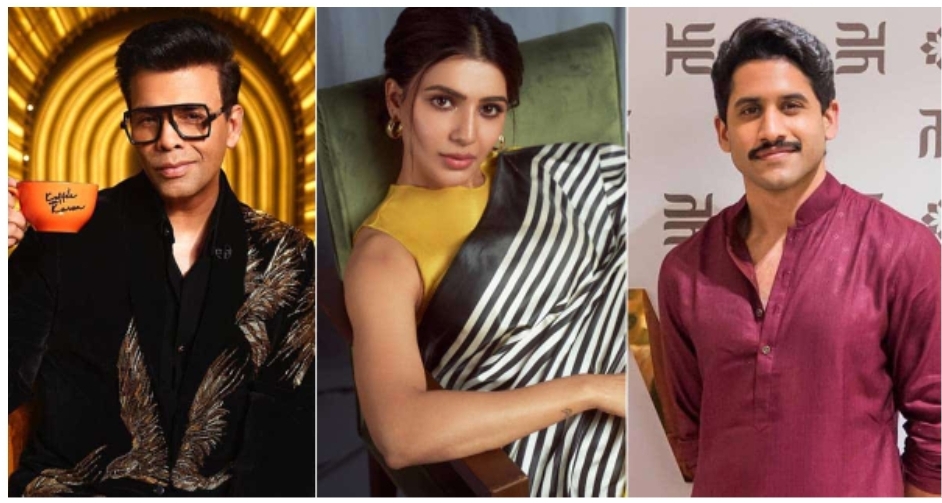 The south star actress Samantha reveal openly about her personal life and many more in Karan Johar show ‘Coffee with Karan-7.

Southern star, Samantha Ruth Prabhu’s episode in ‘Koffee with Karan season 7’ is yet to get in final cuts, this episode seems to be the most awaited and engaging for the coming season as she may reveal the reasons of her divorce with Naga chaitanya, unlike the one which happened with Hardik Pandya’s.

Samantha has now spoken up on the show for the first time about her divorce from ‘Ye Maya Chesave’ star Naga Chaitanya, according to social media rumors.

Samantha, who was obligated to respond to one of the questions on ‘Koffee With Karan’, did so in the most humble manner, according to sources. It’s unclear whether or not this part will make it into the final cut.

This topic has grabbed everyone’s interest for the time being. ‘Koffee with Karan’ will premiere in July.

Though the actress revealed how she felt when she realized she had to divorce Naga Chaitanya, she has kept the reason for the divorce a secret since then. The cause of their split has remained a mystery to their admirers, with neither party saying anything.

On the work front, Samantha is thrilled to make her debut on Koffee with Karan, which will stream on Disney+ Hotstar from July 7. The actress recently shot for her episode and bared her heart out to Karan. If reports are believed to be true, about Samantha and Naga Chaitanya they got married in a destination wedding in 2017. Days ahead of their fifth wedding anniversary, the couple announced their separation. Reportedly, they have filed for divorce by mutual consent and legal proceedings are underway.

About films Samantha will be seen next in Yashoda, Kushi and Shaakuntalam. She also has an untitled film with Shantharuban and her first foreign film, ‘Arrangements of Love’.