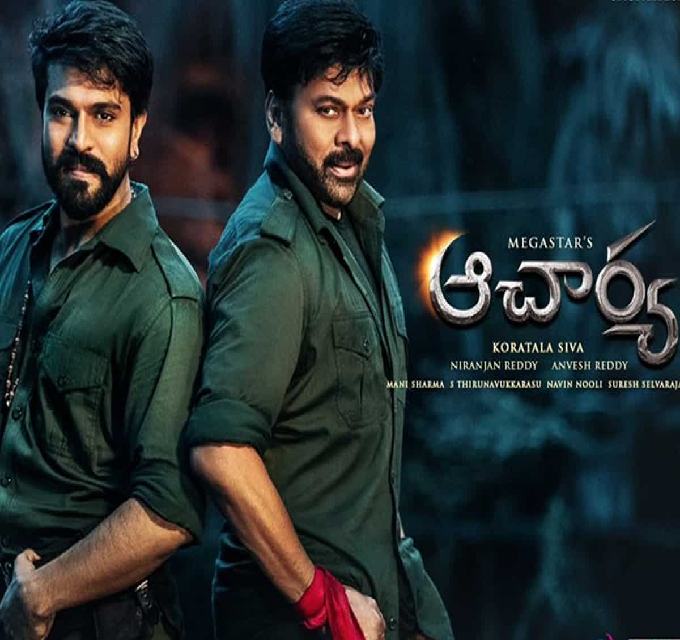 One would expect a lot from a movie that took three years to complete filming and has two Telugu superstars. But ‘Acharya’ is unimpressive on many levels. 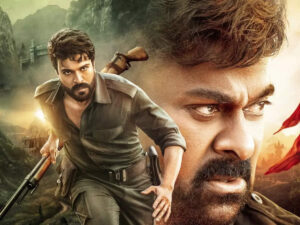 Acharya had all the markings of a ‘masala potboiler’. However, even megastar Chiranjeevi and his ‘mega power star’ son Ram Charan couldn’t save this spiritless film, which, after its colossal box office failure, is now streaming on Amazon Prime.

One would expect a lot from a movie that took three years to complete filming and has not one but two Telugu superstars. But Acharya plays with the archetypical theme of ‘good versus evil’ with a plot so dated and sexist that it is unimpressive on many levels. 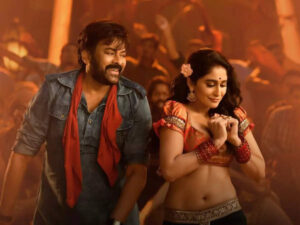 Despite Acharya’s shortcomings, it is hard not to marvel when 66-year-old Chiranjeevi — a real-life Benjamin Button — enters the frame. Clad in an olive coloured attire, carrying a worn-out leather duffle and a red scarf that so obviously screams ‘Naxal’, the superstar nails his role as Acharya, the leader of a Naxalite troop. He sets out to save the divine temple town of Dharmasthali and its sister village, the ancient ayurvedic centre of Padhaghattam, from Basava (Sonu Sood), his henchmen, and bloodthirsty businessman Rathod (Jisshu Sengupta) hell-bent on exploiting the region’s natural resources.

On this mission, we see random flashes of Siddha (Ram Charan), who has grown up in a Padhaghattam-based gurukul and his love interest Neelambari (Pooja Hegde), both of whom seem to bear some relationship with Acharya. These people, their identity, and Acharya’s mysterious motives form the crux of the story.

Chiranjeevi’s camaraderie with Ram Charan is endearing and memorable. Their joint dance and action sequences keep the viewers hooked on a loophole-ridden plot in the second half of the film. The song ‘Bhale Bhale Banjara’ can make you sense the love between the two and is fun to watch, for the father-son duo is excellent at expressing emotions with their eyes. As unrealistic as they are, Siva, too, has done an excellent job choreographing adrenaline-laced, gripping action sequences. Instead of making a film that can resonate with the masses, Siva has focused on Chiranjeevi and his clan. Most of Acharya is dedicated to the actor, and the screentime is almost equally divided between Chiranjeevi and Ram Charan. Little-to-no heed is paid to other characters. The director has made sure that both actors get their space to shine, but in doing so, he has repeated the trend of hero-worshipping, which is supremely common in South Indian films. Acharya is a  hero’s canvas first and story later, much like its counterparts Beast and Radhe Shyam, both released this year.

Moreover, while the Indian audience has evolved, Siva’s writing hasn’t. First, we see Chiranjeevi dance to item numbers like ‘Sana Kastam’ where women are objectified. Then, we see him save them from stereotypical goons on whom he wrecks violence in formulaic ways — broken limbs, slit throats. The transitions are asymmetrical, and it is difficult to understand how Chiranjeevi manages to sense danger or spot women who need rescuing. A typical ‘one man against the world’ trope that audiences need a serious break from. 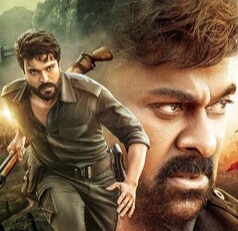 Acharya redeems itself with its beautiful cinematography and excellent use of visual effects. Mythical sequences detailing the establishment of Dharmasthali and Padhaghattam are shot so well that the viewer is almost transported back in time. Thanks to cinematographer S. Thirunavukarasu’s brilliant camerawork, the serenity of Padhaghattam and the villainy of Dharmasthali pop through and form the highlight of the film.

Although struggling to break out of traditional villain roles, Sonu Sood’s portrayal of Basava is on point. He manages to strike fear with his menacing presence and does justice to his character. In addition, Pooja Hegde shares excellent on-screen chemistry with Charan, reflected vividly in the song ‘Neelambari’.

Acharya has nothing new to offer despite brilliant choreography and power-packed action direction. An increasing number of audiences are tired of watching heroes with a saviour complex and demand depth from a story. But if there’s a reason to watch the film, do it for Chiranjeevi — he shines. #filmshyd #hydnews