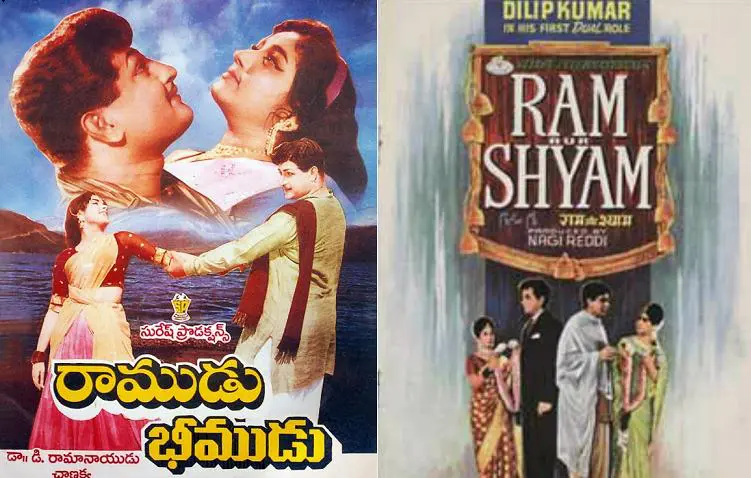 The cinematic universe in India is broadening, with what were considered ‘just’ regional movies gaining blockbuster status and finally attracting the ‘north-indian gaze’. For decades, not only were ‘south-indian’ movies, themselves a diverse palette with Telugu, Tamil, Kannada, Malayalam creative energies only being dubbed into Hindi for a certain audience, other regional movies shared the same fate.

Bollywood has been the dominant force in the Indian cinematic universe. The lack of representativeness in Bollywood movies which are made by and for the ‘Hindi’ speaking heartland is disheartening. Moreover, the overwhelmingly racist overtones in most Hindi movies that attempt to sketch a ‘south Indian character’ make them objects of ridicule.

Chennai Express is a case in point – sword carrying barbaric, extremely loud, dark skin shade of side characters being used for comical elements, and portraying them as belonging to somewhat alien culture reinforces the south Indian stereotype. This dominance of Hindi and Bollywood being considered the equivalent of Indian cinema robs the majority of Indians their reflection on their movie screens.

Bollywood has even remade several South Indian films but none of it solves the problem of representing other parts of India. Many commercially successful films like Hera Pheri in 2000, Ghajini in 2008, Wanted in 2009 and Singham in 2011 pay little credit to their Tamil, Telugu, Malayalam counterparts.

But the recent success of films like Baahubali, Pushpa: The Rise, RRR, and KGF at a pan-India level is challenging the hierarchy of Bollywood, and enabling southern films to directly represent themselves to audiences in the north. The success of South Indian movies is also a hope for greater representation of the native people in the south and their culture, facilitating an exchange of characters and ideas.

Not only are south Indians misrepresented but people from lowered castes are misrepresented to the point of absence. They often play the helpless or the weak characters that play minor roles lending support to the protagonist. It is interesting to see in Bollywood, the downplaying of caste and religious complexities. Take for instance, how the caste of the protagonist is latent, to make invisible the discrimination that exists in reality and the industry. Silence on these matters reinforces artistic expression as the pantheon of ‘elites’ in society. Nepotism and sexism aren’t the only infestation after all! They are important to address but often, the discourse of caste is tactically marginalized by the raised castes.

Film commentator and professor Harish Wankhede argues that Dalits and Adivasis are portrayed stereotypically in this cinema. He further contends that the Dalit character is an independent hero who can battle criminal elements without fear and is yet to find a respectable space in mainstream Bollywood. Similarly, professor Dilip Mandal also criticizes Bollywood for portraying Dalits as kachra (trash), and Django is still chained. With few exceptions, Bollywood has usually failed to present a Dalit or an Adivasi (Indigenous) protagonist in a film.

With these movies in public, Dalits are now displayed as brave and can perform heroic characters. A Dalit is the leader of Malaysian migrants in Kabali. In Kaala, he is the good-hearted mafia don who fights the ruling class’s rule in Mumbai. In Asuran, he is an enraged man who resorts to violence to protect his family from feudal rulers. In Karnan, he is a local rebel who executes a vindictive act of justice by killing a police inspector. These are violent stories about the social struggles, aspirations, and desire against injustice among Dalits. The characters emerge as equal claimants to well-known heroic traits in these films. Most of these movies have been commercially successful as well. A Dalit hero, as an independent figure is yet to find a credible place in mainstream Bollywood cinema, where Dalits are still seen as subaltern subjects needing a rescuer from the Upper castes.

But not all is glory in the ‘kingdom’ of south Indian movies. The jingoistic theme of Bollywood movies like Airlift, Uri, Bell Bottom, Sooryavanshi and others has seen high commercial success in projecting a masculine, aggressive, ‘protector’ protagonist image that given the political climate pushes a warrior like image of Hindus while othering and stereotyping Muslims as criminals, traitors and terrorists. The wheels of propaganda have been set in motion, and the script is so familiar that the authors do not even have to mention it explicitly. South Indian movies have followed suit.

While Baahubali might have given Indian viewers their own Indian superhero, it reinforces a sense of aggressive masculinity, strong female characters but only as mothers and wives, and cuts a ‘maryada purushottam’ sort of figure in the hero. It plays on familiar stereotypes in the most natural and hierarchical manners so that the movie’s offensive symbolism is shadowed by its towering success.

The more recent south Indian movies defining the mainstream pop culture follow a similar theme of showing ‘patriotic’ (super)heroes, ready to fight and emerge victorious! RRR shows Bheem and Ram with the former the protector of an Adivasi tribe and the latter a cop fighting the British. The formula of epic-action drama by south Indian film subscribes to religious undertones that seem outwardly aggressive. For instance, Ram the lead character in RRR takes a bow and arrow infusing the imagery of Lord Rama, with Bheem lifting the character Ram on his shoulders. The point is not to dismiss the imagery but appreciate its political impact in mainstreaming characters from an epic into the cinematic universe.

The way characters are represented – the presence of stereotypes and absence of better, diverse representation – affects the way people perceive each other. Films are not and should not be seen as mere entertainment. Actors, directors, producers should be more responsible and be held accountable given that films have a profound impact on people and their behaviours. Much as Bollywood has disregarded its casteist, racist, sexist overtones, the south Indian movies seem to be doing better in this regard but often fall back into the same ‘stereotype’ trap, which has now also found solace in life and larger than life, fictionalized tunes of ethnic nationalism. The cinematic universe is broadening but also penetrating our lives in a somewhat problematic manner. #filmshyd #hydnews